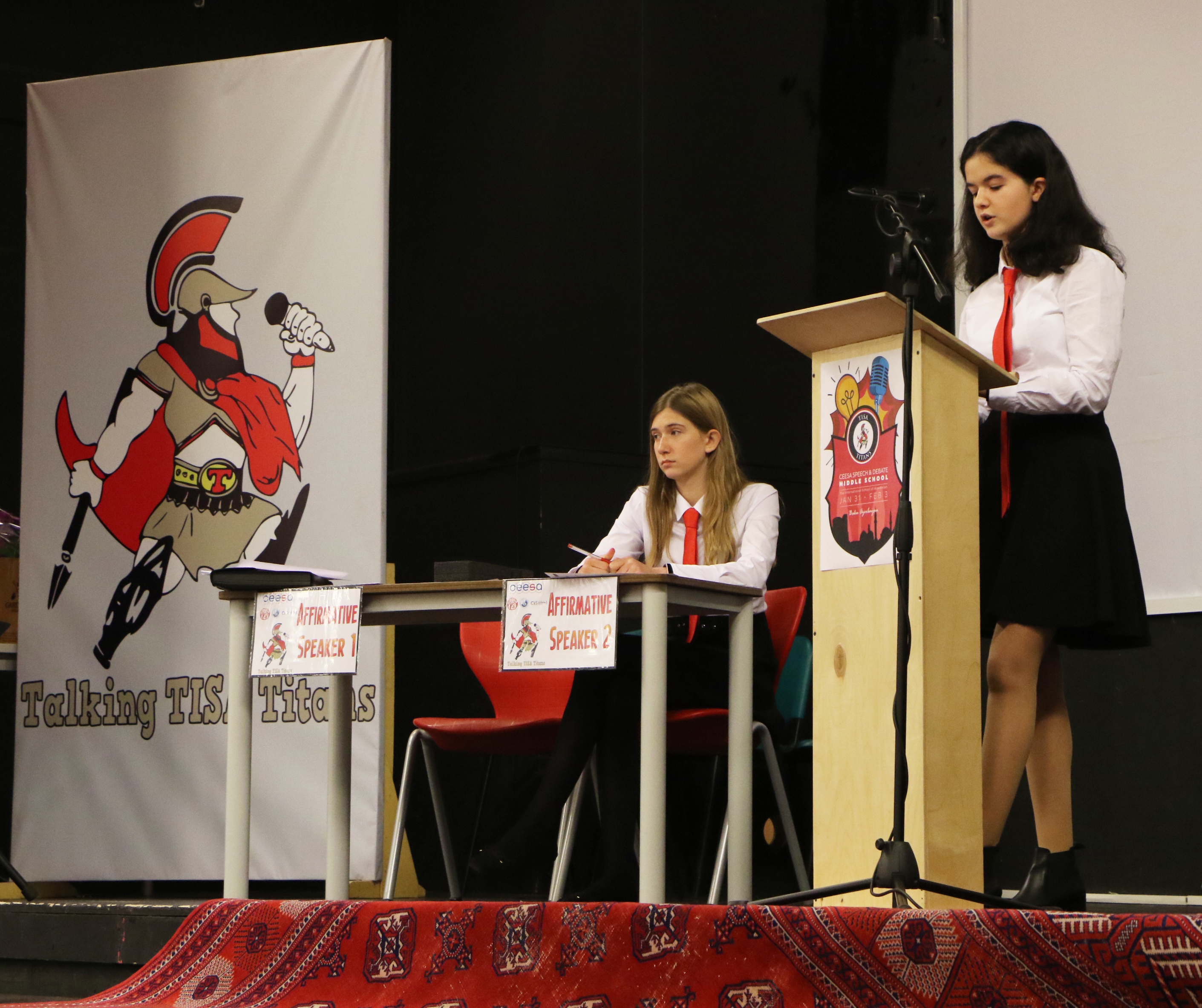 TISA kicked off the month of February by hosting the CEESA Middle School Speech and Debate Tournament. This is TISA’s fourth time hosting a CEESA Speech & Debate tournament and we were very excited to welcome students and coaches from Budapest, Istanbul, Kyiv, Prague, and Vienna. 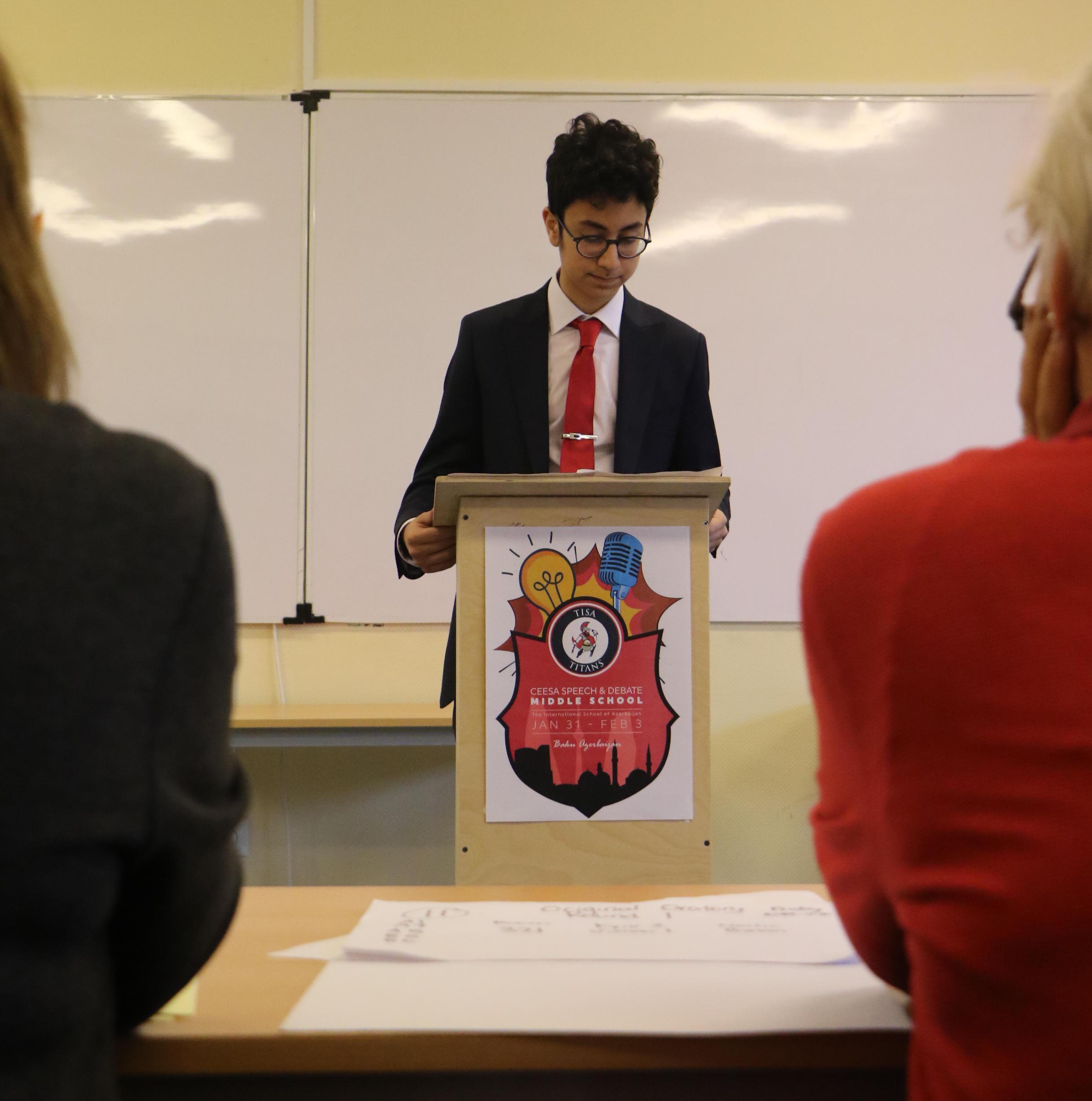 Over the course of two (long) days, students from six schools shared their voices with our community through five categories: debate, duet acting, impromptu speaking, oral interpretation of literature, and original oratory. 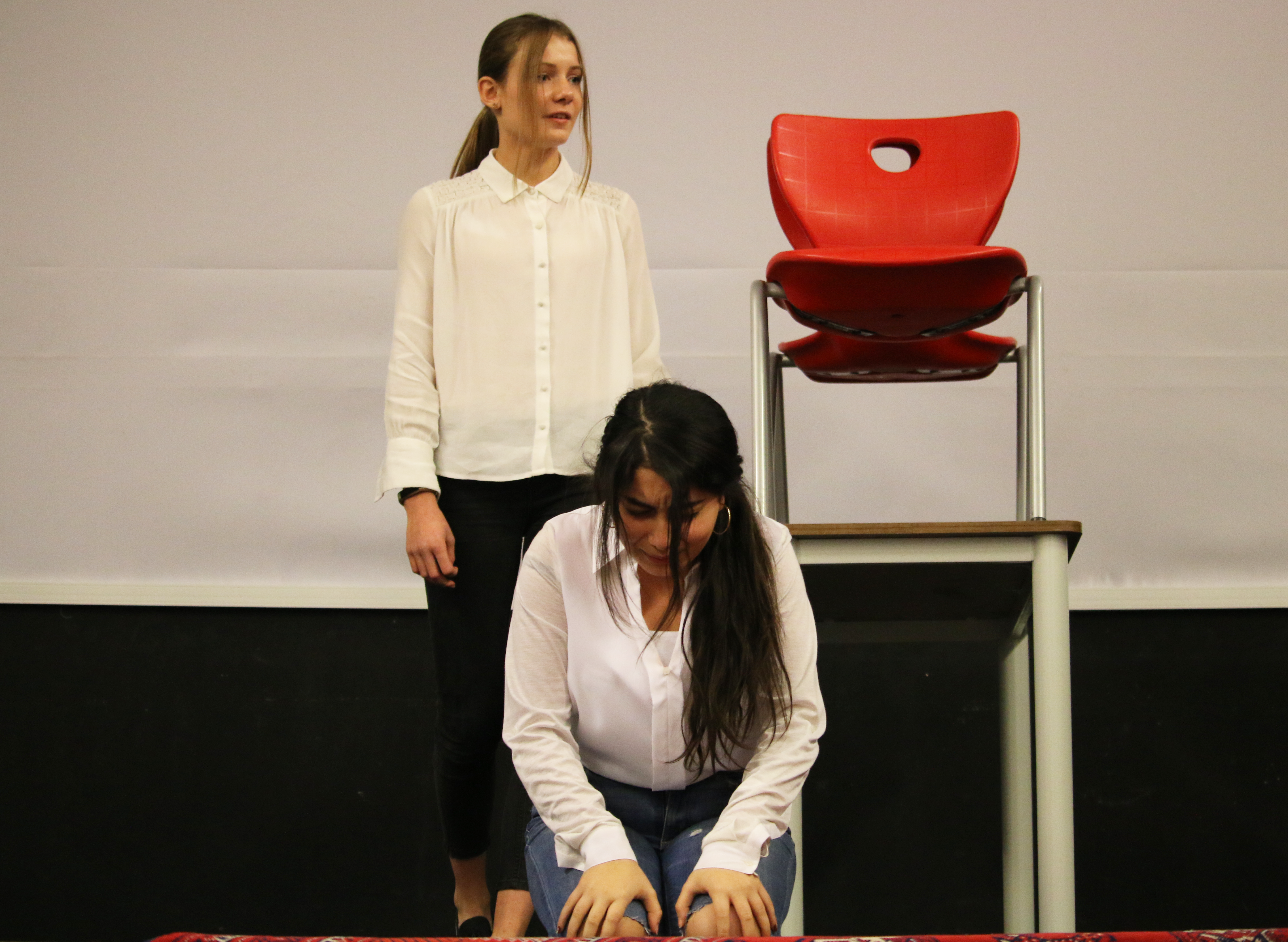 TISA’s team consisted of ten M2 and M3 students. Our team of Talking TISA Titans included experienced tournament speakers and first time competitors. Their hard work over the past months showed in the incredible speeches they shared. 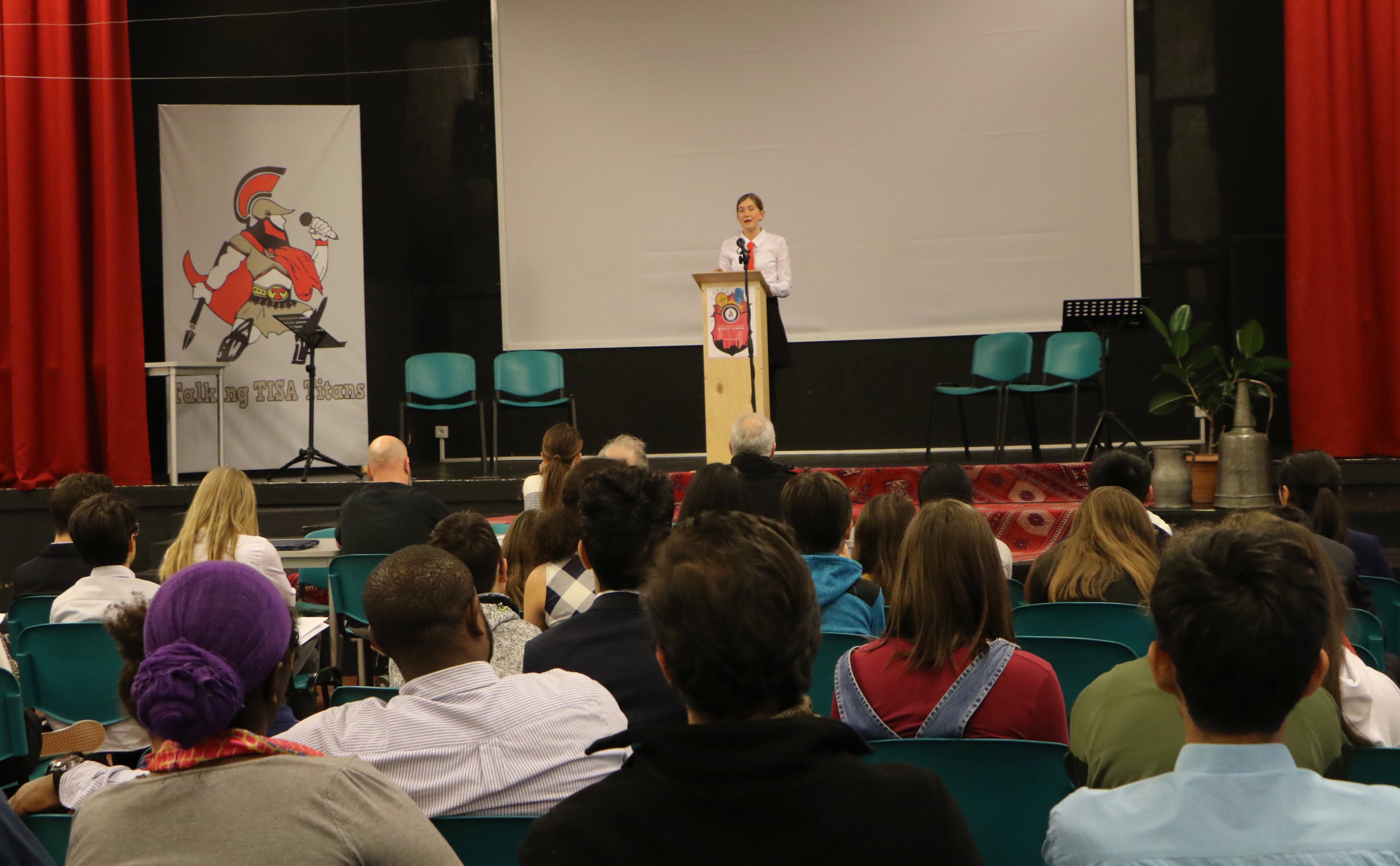 Veteran tournament participant Rafael brought joy to audiences throughout the weekend with his original speech about the importance of laughter. First time participants Abby, Maqsud, and Ruby were amazing risk-takers, lending their voices to literature by greats Roald Dahl and David Walliams. In addition, Abby wrote and presented an inspiring speech about adoption and her love of animals while Maqsud, Rafa, and Ruby took on the unknown by giving impromptu speeches. 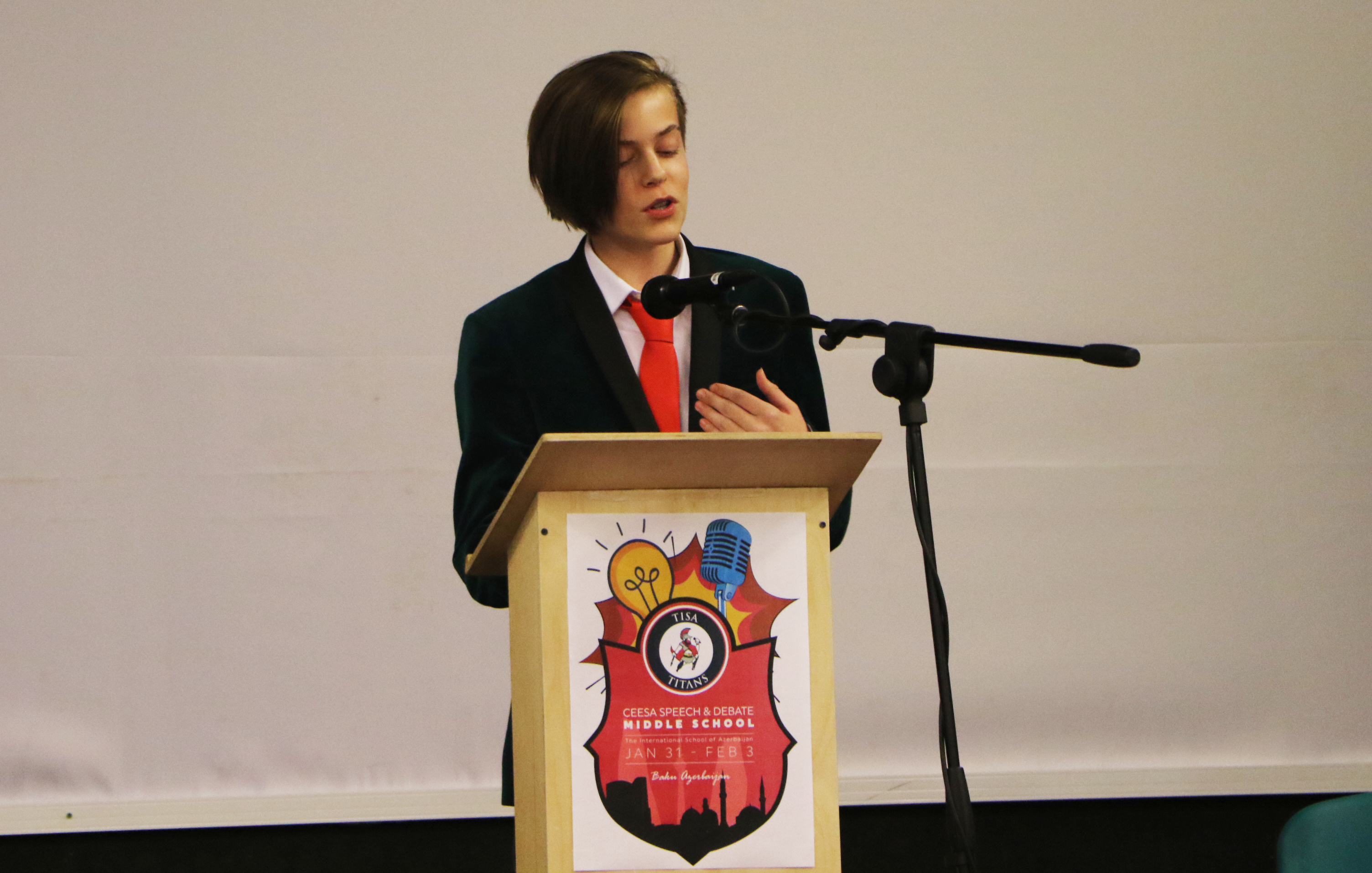 TISA’s debate team of Eileen and Louise not only took first place in debate, but the girls brought home first and second place medals respectively in Original Oratory for their original speeches. Sebastian’s speech about P.O.P (Pessimism - Optimism - Persistence) engaged audiences and judges alike, bringing home the third place medal for Original Oratory. He also delighted us with his take on a passage from Patrick Ness’s dystopian novel The Knife of Never Letting Go. 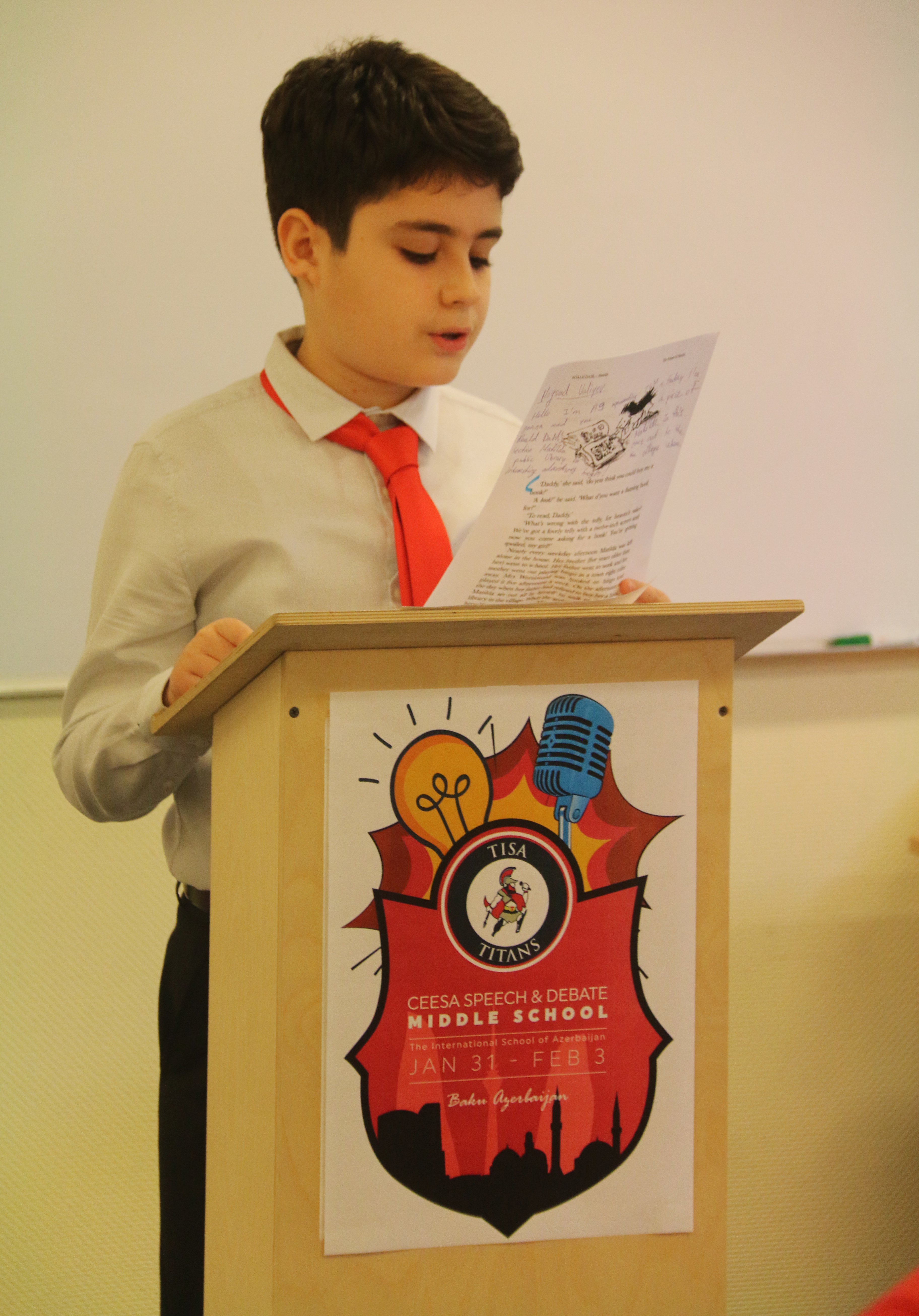 First time participant Freya’s charming interpretation of The Lion, the Witch, and the Wardrobe sent her to finals and secured the third place medal. She also was very successful throughout the weekend by bringing her quick wit and strong voice to impromptu. Rounding out out team, duet acting pair Minna and Nuray took first place for their dramatic scene. They both also gave audiences much to think about throughout the two days of tournaments in their original speeches on happiness and hope. 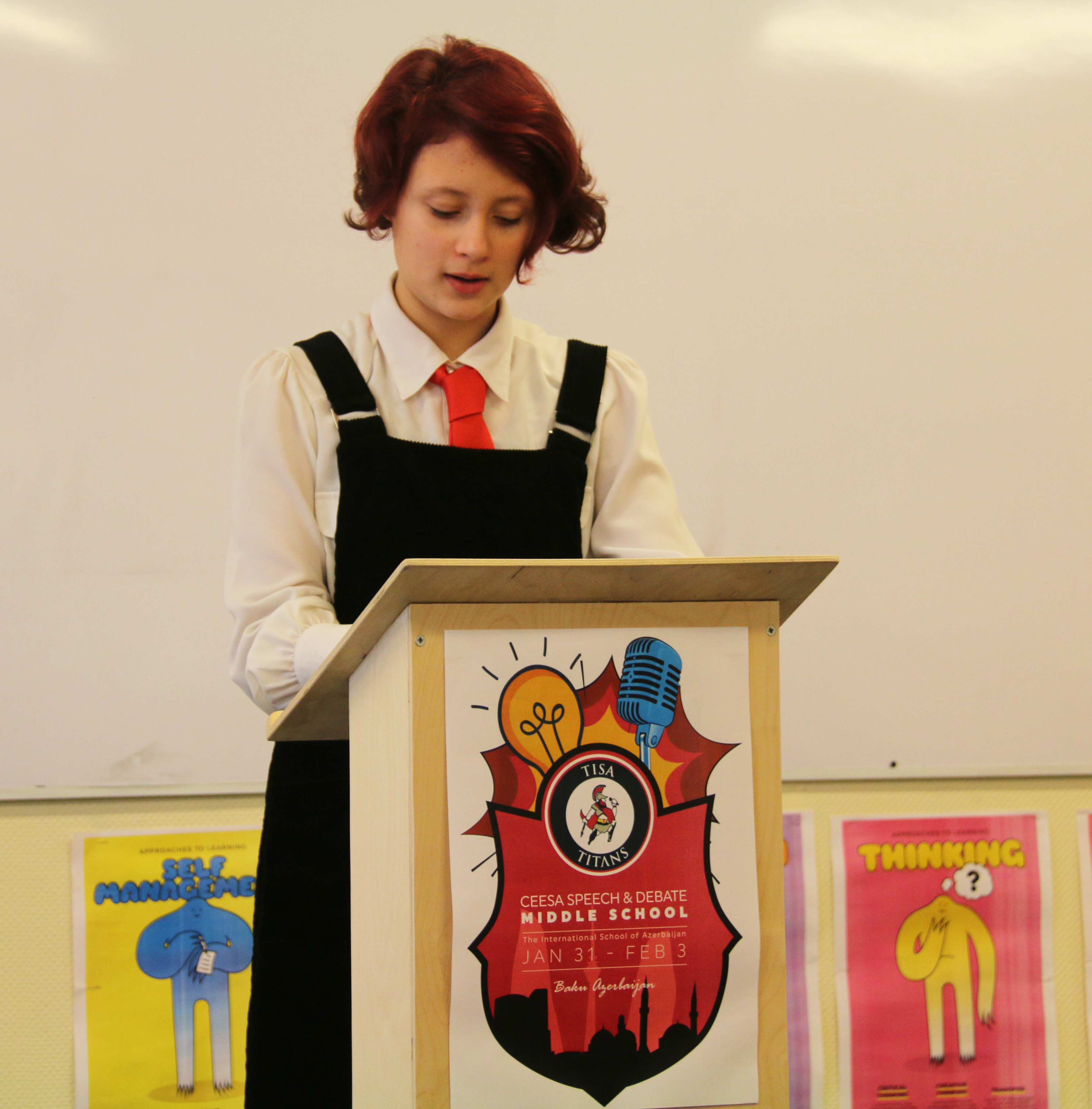 In addition to the work of the team, this tournament was a fantastic example of student leadership at TISA. High school students were involved throughout the preparations for the event, from coaching debate to the organization/execution of opening and closing ceremonies. Our students also found authentic ways to connect their learning and passions. Student representatives of TISA’s chapter of Global Issues Network (GIN) connected our tournament’s debate topic relating to refugees to the work of the UNHCR in Baku and included our visiting teams in our year-long storytelling project by offering them the chance to join on many-storied tree. Other students brought their passion for photography, videography, and technology to the table, creating an amazing promotional video, documenting moments throughout the tournament, and providing a livestream of the events to friends and family around the world. 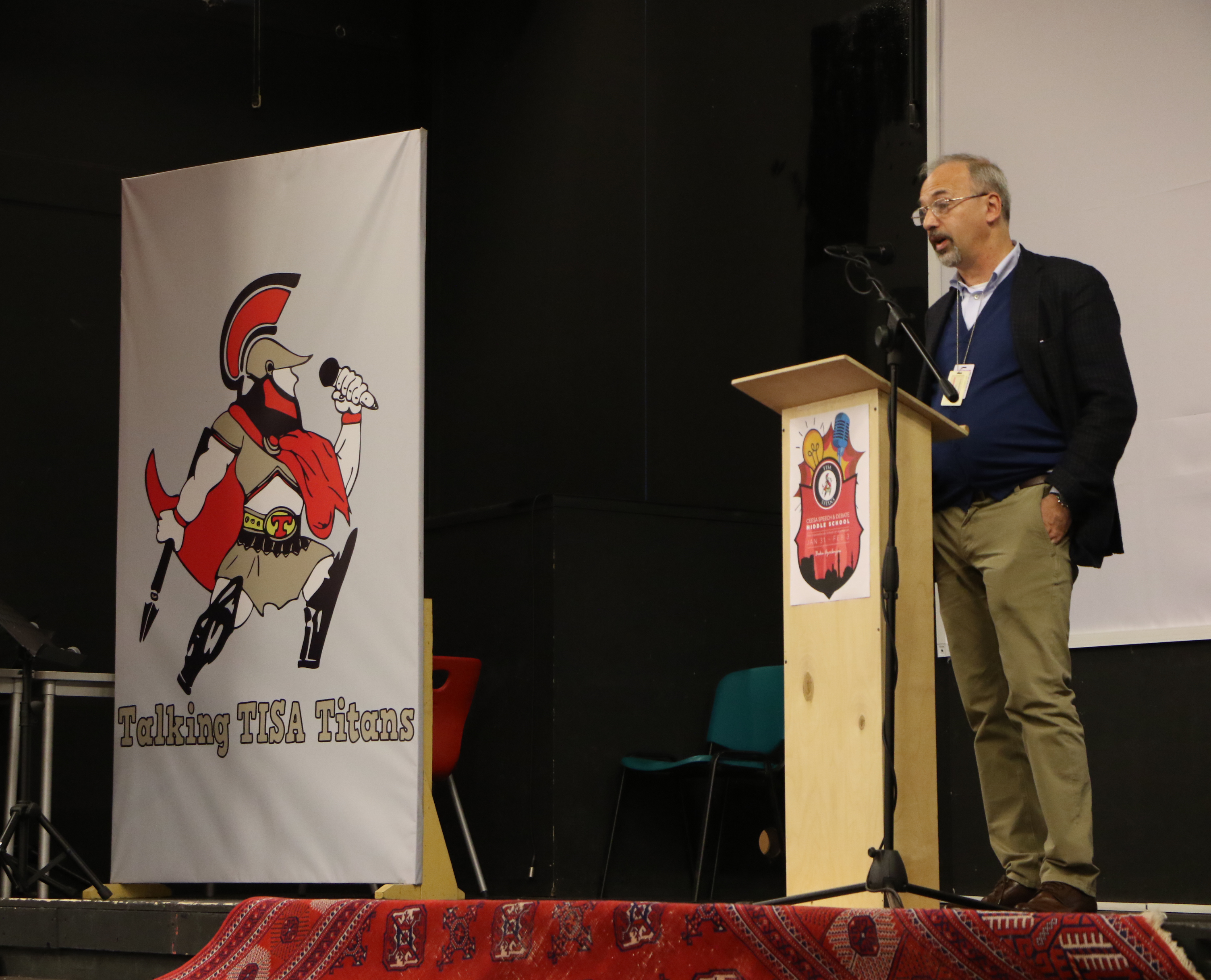 Speech and debate is about empowering students to use their voices and the TISA community could not be more proud of how our students chose to use theirs. 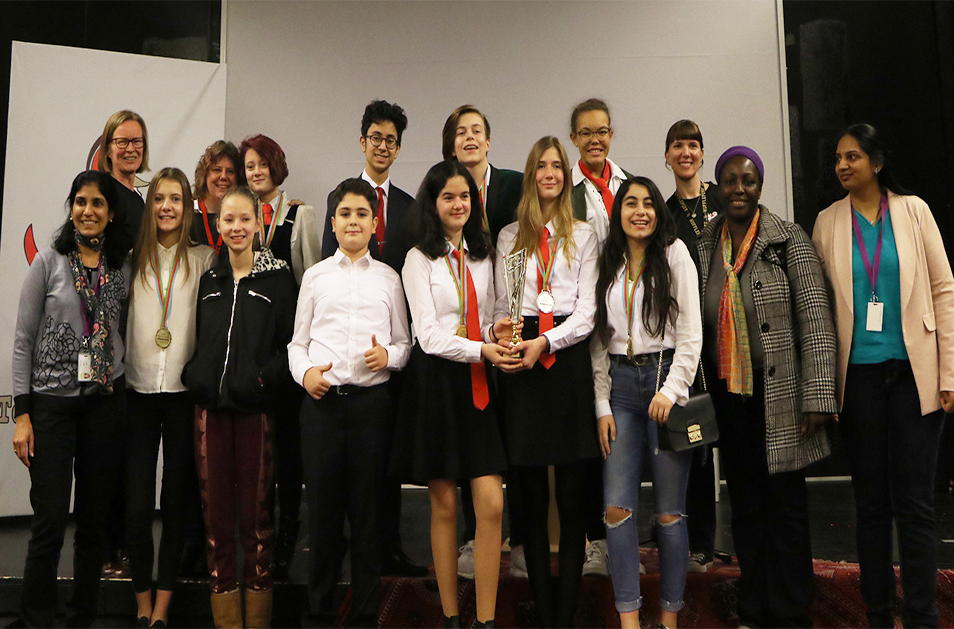